There have been quite a few traveling milestones since the birth of John two months ago, some of which I was prepared for and some of which came as a surprise. I still remember distinctly our trip home from the … END_OF_DOCUMENT_TOKEN_TO_BE_REPLACED 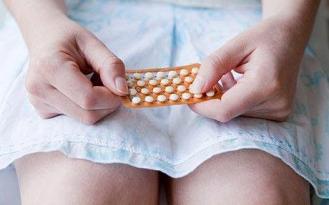 Two weeks ago, I had my six-week postpartum appointment, a visit that many Catholic couples dread.  They often find themselves on the defensive as they try to explain why they don’t need to be sent home with a pack of condoms and a prescription for the pill.  But when they try to explain that they plan to use Natural Family Planning (NFP) to prevent pregnancy, many doctors will try to convince them to consider other options.  And the criticism often extends beyond our doctors.  Couples who choose to use NFP are often criticized by friends and family as well, people whose opinions matter to them.  In my experience, a lot of the arguments against the use of NFP revolve around three myths, each of which emerges from a misconception regarding the nature of NFP. Some of these myths do have some truth to them, but it’s important that we sort out what is fact and what is fiction before we make any judgments on the value of Natural Family Planning.

There’s a common misconception that NFP is the same thing as the rhythm method, an outdated mode of preventing pregnancy that was erroneously based on the falsity that all women have a 28-day cycle and/or that ovulation takes place halfway through a woman’s cycle (I’ve heard it explained both ways). Both of these assumptions are wrong.  Most women do not have a 28-day cycle. In fact, most women who are considered normal don’t have a 28-day cycle. Theirs might be 24 days or 32 days, but just those few days of discrepancy would be enough to make the rhythm method useless. Even if your cycle is only off by a few days, unless you choose to leave a huge margin of error, there’s a chance you’re going to wind up with an unplanned pregnancy.  Similarly, if a woman’s cycle is shorter or longer than the typical 28 days, then ovulation will not take place at the halfway point, but a few days before or a few days after.

In fact, there is not just one form of NFP. There are actually quite a few, and many of them are based on sound science. As a DRE who does Pre-Cana, trust me, no one in the Catholic Church takes the rhythm method very seriously.

Other forms of NFP are much more scientific. Many methods take into consideration women’s hormone levels and the resulting physiological changes that go along with changes in those levels.   Creighton model relies on changes in women’s cervical fluid. Sympto-thermal also considers the change in women’s basal body temperature at ovulation.  Ovacue uses the electrolytes in a woman’s saliva to chart her fertility. Each method is different, but they’re all based on sound science.

There might have been a time in history when the rhythm method was considered revolutionary and ahead of its time.  It applied mathematics to the woman’s cycle and was based on what was then considered sound scientific observations.  The rhythm method seemed incredibly logical, and it wasn’t until the discovery of one incredibly important fact- that ovulation is not always the halfway point of a women’s cycle- that the entire method fell apart.  Its science was finally debunked.  It was not the first or last time that a theory that seemed like “sound science” became highly unscientific.  The fields of science and medicine can both attest to that fact- advances in science depend on it.  Today’s methods of Natural Family Planning are undeniably more scientific than the rhythm method.  I would even argue that the science that supports modern methods of NFP are also more scientific than most forms of contraception used today.  There’s nothing scientific about a condom or an IUD.  They’re just pieces of plastic that act as semen-blockers.  And as for the pill, considering all the negative side effects (discussed here), I would feel much more comfortable trusting the science of NFP rather than the science behind the pill.  At least I can understand how NFP works with my body.

This myth is occasionally tied up with the first myth.  If NFP is considered synonymous with the rhythm method, it will inevitably be considered unreliable- because the science is faulty.  Consequently, the second myth can be debunked in the same manner as the first.  The rhythm method is NFP insofar as it is natural and a method of family planning, albeit a poor one.  And for a small percent of women, it actually does work- not because the method is reliable, but because some women’s cycles are that reliable.  But as I said earlier, most, if not all, women using NFP to monitor their fertility are not using the rhythm method.

But it is.  It is not the method that is unreliable in the above scenario.  It is the user.  But an unreliable person is just as likely to forget or choose not to use a condom, or to forget to take the pill a few times.  Women who use NFP responsibly are much less likely to get pregnant. In fact, many methods of NFP are 96-99% effective if user correctly. That’s the same rate as the pill, and even better than a condom. If we believe that women can be responsible enough to take the pill every day or that men are responsible enough to use a condom every time, we should be able to say the same about the woman using NFP. If she can remember to pop the pill, she is equally capable of remembering to chart her fertility. And like most parts of our daily routine, if you get into the habit of charting regularly, it will become second-nature. Ultimately, many methods of NFP are very reliable, and I think we need to put more faith in our own sense of responsibility- which brings me to the third myth.

This is the myth that most people do not want to discuss, but is always taken for granted as being true. It draws from our own human weakness, something that many people want to simultaneously affirm and deny. We are told that we should be in control of our bodies, that no one should ever tell us how our bodies are to be used. It’s the basis of the whole female reproductive rights movement- women deserve to have control over their bodies. And yet, at the same time, we tell women that they cannot control their bodies- or at least their sexual drive.

Though most people are more than happy to argue about how unscientific and unreliable NFP are, there is another argument that they often refuse to voice but assume to be true: NFP is unreasonable because it’s ridiculous to assume that people can say ‘no’ to sex when they are fertile. While we might fight to control our bodies, apparently there is no need or reason to control our sexual drive. Apparently, when it comes to sex, we’re animals. We can’t resist the urge. We can’t abstain for even a few days of the month. There is apparently no need for the virtue of chastity in this world. No need for self-control when it comes to one’s sexuality. Most people assume that NFP won’t work because men and women are apparently incapable of saying ‘no’ to sex at any time.

Just as the second myth assumes that we can’t be responsible, the third one assumes that we can’t be chaste.  Some opponents of NFP assert that it’s just not possible to remain abstinent during fertile times, that a method of family planning that depends on our ability to resist our urge to have sex is doomed to fail. Considering the fact that there are plenty of couples out there using NFP successfully, it would appear that the assumption that we can’t say ‘no’ is false.

But there are some people who would not go so far. Sure, it might be possible that people can and do say ‘no,’ but should they have to?

Last night, as I stood over the stove and stirred ravioli, I was struck by the normalcy of my actions.  Just eight weeks prior, it would have been completely normal.  Before John was born, I cooked most nights, while Andrew … END_OF_DOCUMENT_TOKEN_TO_BE_REPLACED

Day 1: An Hourly Log of My First Day Back to Work 7AM: My alarm clock blares, a sound I have not heard in six weeks.  I have been asleep for only twenty minutes since John woke me up because … END_OF_DOCUMENT_TOKEN_TO_BE_REPLACED