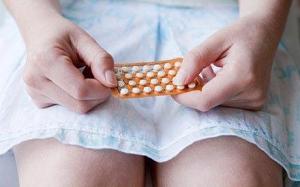 Last weekend, my fiance and I participated in a Pre-Cana weekend, a requirement for marrying in the Catholic Church.  Over the course of three days, we covered topics ranging from communication to parenting, and of course, the dreaded ‘C word’- contraception.  We returned to the topic several times as the speakers presented on the nature of love, the Church’s teaching on contraception, and of course, NFP.  For the most part, my fellow participants were silent throughout the presentations, but from time to time, I would catch a whispered comment or a quick word in the restroom between sessions.  By the end of the weekend, it was clear that most of the couples were already using contraception, or at least planned to use it when they got married.  I was shocked.

There are countless reasons not to use contraception, but I’m just going to touch on a few.  Some of them come from the perspective of health, others from psychology, and still others from religion.  But they all say the same thing: get off the pill.

I find it ironic that a culture that is so health-obsessed should also be so willing to pop the pill, when it’s known to cause cancer.  The pill has been identified as a level 1 carcinogen, which puts it on par with arsenic, asbestos, and formaldehyde.  Last time I checked, it’s not a good thing for a person to ingest formaldehyde or asbestos, and yet most sexually active woman are ingesting a carcinogen of the same order without thinking twice.  Because there’s no way that this pretty little life-saving pill could possibly cause harm.  Impossible.

But it’s a lie.  The pill is a known cancer-causing agent, and users have an increased chance of several different types of cancer.  In addition, women on the pill are more likely to experience sterility, and what was once a temporary arrangement becomes permanent.  After years of wanting to prevent pregnancy, the excited couple decides to start “trying,” and they suddenly find out that their dreams of getting pregnant and starting a family have become just that- a dream.  All because of the pill.

For a world that is so health-obsessed, it definitely chose an odd moment to be hypocritical.  While Americans will avoid everything from soybeans to microwaveable popcorn because of their possible links to cancer, they have no problem ingesting a known carcinogen on a daily basis, all in the name of reproductive rights. But I know what you’re thinking.  There are other forms of contraception that don’t cause cancer.  A condom works almost as well as the pill, as long as it’s used correctly.  But there are other reasons to quit using contraception.

If health isn’t enough of a reason, how about you do it for the sake of your marriage?  Statistically, couples who opt to use contraception report less satisfying marriages and sex lives.  They are more likely to get divorced, but even when they do stay together, they tend to be less happy.  It’s a strange phenomenon- even when both spouses agree that it’s not a good time to have a child, women often grow to resent their husbands after this mutual choice.  They don’t mean to, and often, when they’re asked why they are so frustrated with their spouse and/or their relationship, women can’t come up with a reason.  But in the end, here it is: contraception.

In the name of their relationship, she holds this part of herself back.  For the sake of their love, she sacrifices the gift of her femininity.  A love that is not fruitful, that intentionally rejects fruitfulness, is a love that is closed in on itself.  If left to its own devises, it will suffocate itself.  Devour itself.  The flame of love will be extinguished, and there will be no life.  But that is not really love.  Love is not closed in on itself.  It is not stingy.  Love is self-gift, self-sacrifice.  And a woman, whose body is made for love, knows this intuitively.  Even when she willingly betrays love, she knows what she deserves.  What she needs.  She knows what love is supposed to be.  She knows what she is betraying.  And she knows that she is being betrayed.  She wants to give all of herself, but she has been rejected.

Women intuitively get this, even if they don’t consciously admit it.  They might be willing to use contraception, but there’s also a part of them that whispers that they’ve been rejected.  They might not know why they feel like they’ve been rejected, but they feel it nonetheless.  They wanted to make a gift of themselves, but they have been told, “I don’t want all of you yet.  I want your body, but I don’t want its ability to bear children just yet.”  It’s a simultaneous grasping and pushing away, and women find themselves in the middle, torn between their desire to sacrifice for the sake of their relationship and their need to give all of themselves to the one they love.

Have you been struggling in your marriage?  Have you experienced inexplicable resentment towards your spouse?  Stop using contraceptives.  If you need to avoid pregnancy, use NFP.  Take this opportunity to really give all of yourself to your beloved, without having to hold anything back.  You have always wanted to give the whole of yourself- now’s your chance to do it.  Love is not half-hearted.  It is not lukewarm.  It is passionate, fiery, and all-embracing.  It is demanding and will not be spurned.  Love requires that we give all of ourselves, and it will not settle for less.  And neither should you.

4 thoughts on “The Consequences of Contraception”