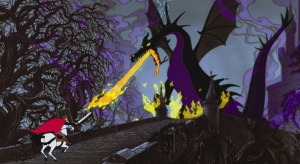 When I was in college, I was assigned one of the most influential books that I have ever read.  It was Orthodoxy by G.K. Chesterton, and I was absolutely floored by one particular chapter in the book called, “The Ethics of Elfland.” Chesterton dedicated an entire chapter of what is probably his most well-known work to defending the importance of believing in fairy tales.  It was a young girl’s dream come true, particularly one with a slight Peter Pan complex.  I didn’t need a renowned theologian telling me it was okay to believe in fairy tales, but it certainly gave credence to what I had innately known all along.

Peter Pan complex aside, “The Ethics of Elfland” spoke to my heart in a manner that most theology textbooks did not.  Don’t get me wrong- I loved being a Theology major (there’s a reason that I’ve decided to pursue a career in religious education), but I was not the type that read intense works of Theology in my leisure time (though I greatly admire anyone who can).  But G.K. Chesterton was unique.  His books were equal parts academic, spiritual, and leisure.  And I don’t think it’s a coincidence that Chesterton was a seasoned fiction writer as well; I think that his love of fiction was at the heart of his chapter on Elfland. 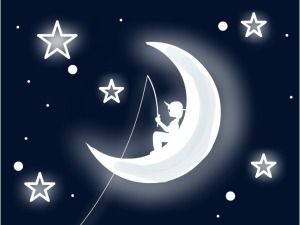 For anyone who is unfamiliar with this Christian author, or who has not read Orthodoxy, here’s the gist of the chapter.  G.K. Chesterton makes the rather incredible claim that he believes in fairy tales more than he believes in facts.  Why?  According to Chesterton, because they are the most “reasonable.”  That’s right- because they make the most sense.  As he writes, “Fairyland is nothing but the sunny country of common sense.”  Now that’s quite the statement.  How can Fairyland, populated by elves, dwarves, trolls, and other species that only exist in the imagination, be the most sensible?

But according to Chesterton, this is precisely what makes fairy tales reasonable.  They make sense precisely because they exist only in the imagination.  They exist in the human mind, but assuredly they exist.  Fairy tales shape the mind, strengthening the imagination and changing the manner in which we see the world.  We are given fairy tales before we are given textbooks.  We learn these tales before we even learn to read and write.  As Chesterton points out, fairy tales teach us to believe in “the Man in the Moon before…[we believe in] the moon.”  They teach us how to see the world before we can properly understand what the world is.  In fact, we learn more about the world from fairy tales than we do from any science or history textbook. 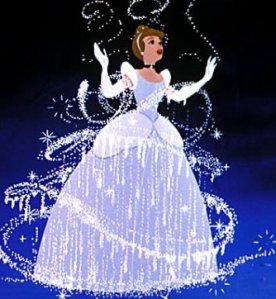 Fairy tales feed the imagination, and in a way, they help us to become more human than any lesson learned in school.  Fairy tales teach us to believe in what might be, as well as what should theoretically never be.  They remind us that the lowly can be lifted up (and even be made a queen), that we are loved before we are really loveable (and this love transforms us, making us human), and that death can be transformed into sleep (and that this sleep will not last forever).  They also tell us that the dead can come back to life, that the barren can have a child, and that evil can be conquered only through sacrifice.  These are the lessons that we need to be human, and we find these lessons first in fairy tales.

While I would not go so far as to say outright that children learn more from fairy tales than they do from their textbooks, I will make the claim that the lessons that they learn from Fairyland are more important than those that they learn in school.  Fairy tales teach us to believe in miracles, while so much of modern science tries to tell us that miracles cannot, and do not, exist.  I would rather be the child whose opinion is so rarely respected than the scientist whose opinion matters more than fact.  Because the fact is, miracles do exist.  We just need to become more like children to see them and believe in them.

G.K. Chesterton goes on to write that, “when we are young children, we do not need fairy tales; we only need tales.”  For children, every tale is a fairy tale.  Every land is Elfland.  There is no divide between what is and what can be.  Sure, people don’t rise from the dead every day.  Most people will go their entire lives without ever seeing someone walk on water.  But children have no problem believing that these things are possible.  Fairy tales teach children that nothing is impossible. 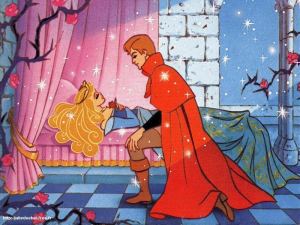 And then children grow up.  The world tells them that some things are impossible.  Miracles defy the laws of physics and therefore can’t be true.  Men don’t walk on water.  People don’t rise from the dead.  The world tells us that we need to grow up and leave these childish fantasies behind.  Fairy tales aren’t true.  Paupers don’t become princes.  Sleeping beauty will never wake up.  There are some dragons that can’t be killed.  These silly little stories need to be left behind.  Childhood cannot last forever.

And in a way, the world is right.  The world tells us that we have to be independent; we have to do things on our own.  It’s no wonder that some things are impossible.  The world tells us that things must be seen to be believed, and most of us have never seen a bona fide miracle.  So according to that logic, they can’t be real.  There is in fact a difference between fairy tales and history, and fairy tales aren’t true like facts.  And there really are some dragons that we can’t kill.  If we only listened to the world, we’d find ourselves despairing.  We’d want to run back to our childhoods, where we might find some solace.  Who wants to live in a world with no miracles, where knights can’t kill dragons and servant girls can’t become queens?  It is no wonder our world is so depressed.

But there is another voice that desires to speak to our hearts.  Jesus Christ calls us to be like children.  He suggests that it’s okay to believe in fairy tales.  In fact, we should believe in fairy tales.  Jesus Christ tells us that we don’t need to do everything on our own, and that with God all things are possible.  He tells us that those who believe without seeing will be blessed, and His entire life is a testimony that miracles do in fact happen.  And while there might be a difference between fairy tales and history, that doesn’t make fairy tales any less true.  Fairy tales do not need to be factual to be true.  As I said earlier, the truths that can be found in fairy tales are often much more significant than those found in our textbooks. 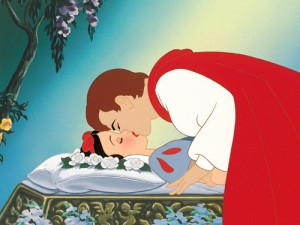 Age does not make a man old.  Sin does.  As G.K. Chesterton writes, “we have sinned and grown old, and our Father is younger than we.”  God is inviting each of us to become like little children.  We are His sons and daughters, and He sent His only begotten Son so that we might live.  So that we might be children again.  We must become like little children if we want to enter the kingdom of heaven.  There is a reason that Chesterton likens Fairyland to heaven.  Fairyland is a place where anything is possible, where little men become great, where servant girls become queens.  It’s a place where death can be transformed into sleep, and where that sleep can be broken by true love’s kiss.  Theologians have often written that at every Mass, heaven and earth meet.  They kiss.  And in the Eucharist, Jesus Christ comes to dwell in bread and wine, which we then consume.  God enters man.  Once again, heaven and earth meet and kiss.  This is the deepest, strongest love, and the purest, gentlest kiss. 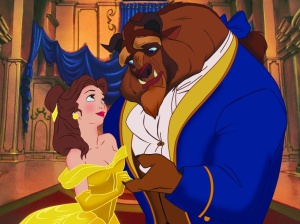 We do not need fairy tales to tell us that dragons exist.  We only need to open our eyes to see that the world is not perfect, that sometimes the difference between what can be and what is is not a miracle, but rather a cause for misery.  It is undeniable that there is evil, and that these dragons are fierce and murderous.  Without the faith of children, in the face of this reality, we might be tempted to despair.  We must learn from our children.  They know, just as we do, that dragons exist.  But they also know that dragons can be killed.  And this is not where the faith of a child ends either.  Children do not just believe in a world where dragons can be defeated; they can also imagine a world where dragons do not exist.  We are not just meant to believe in fairy tales; we must also believe in heaven.  We must defeat the dragon to live happily ever after.  Fortunately, fairy tales tells us that dragons can be killed, and Jesus Christ shows us that sin and death can be defeated.  In fact, they have already been conquered.  We can reach our “happily ever after,” but we must become like children first.  We must believe.

One thought on “Defeating the Dragon”