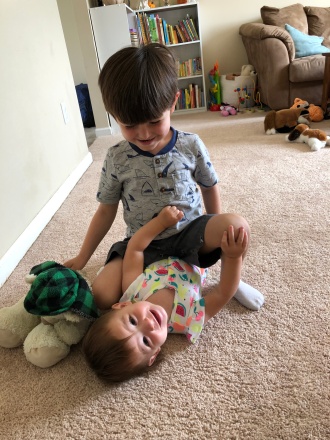 I have always tried to be as honest as possible in my writing. I have written about post-partum depression and anxiety, about regrets and challenges, about deaths and loss. I have written about some of my happiest moments, as well as some of the most difficult, but there is one area of my life that I have never publicly acknowledged, preferring to let it remain a secret from even my closest family and friends. I have kept it largely to myself, opting to suffer alone rather than to share my burden. It’s only been recently that I’ve realized that my silence is not helping anyone, least of all myself. I have always been open because I realize that my own experience can help others, and that a burden shared is lighter than one endured alone. We all think that we are alone until we speak up. When we are honest and open about our struggles, we generally find that we are not alone. Our struggles and challenges are often not as unique as we believe them to be.

This has always been true for me. I opened up about my post-partum depression and anxiety, and suddenly countless other women, including close friends, were sharing their own experiences with me. I wrote about my choices to bottle-feed and sleep train my children, and the support that I received was inspiring. My writing has served as a constant reminder that I am not alone, that none of us is ever really alone. So I think it’s time for me to open up again. It’s time to come clean. I know that I am not the only person to have endured this struggle, and I won’t be the last. There are many of us, and we are not alone.

I distinctly remember the first time I really thought about how I looked. I was a Junior in high school. Before that first glimpse of a struggle that would last decades, I had been largely unaware of my body. I’d settled in with a good group of friends both in grammar school and high school, played sports, did well academically, and never gave any thought to what I was eating. I had always been thin, but I considered myself healthy.

I’m not sure how the topic even came up, though I can’t say I’m entirely surprised, since I was surrounded by teenage girls at the time. I’m not sure what might have led a classmate to comment about my body, calling me big-boned. Looking back, I think most people, including myself, would agree that the comment was undeserved, but even if it had been accurate, it was still inappropriate. But we were young and stupid. It was a stupid comment, but it had lasting consequences for me.

In the years following that comment, I tried all sorts of different ways to lose weight. I gave up meat for a year. I regularly dumped lunches in the trash. For a few months, I even went so far as to sneak off to CVS to buy weight-loss pills. Nothing worked as well as I wanted it to. By the time I graduated college, I was limiting carbs as much as possible and running daily. I didn’t get my period once throughout my entire first year in my graduate program. By then I was also binging on sweets as often as I could without people noticing, trying desperately to hide the fact that I was perpetually starving. I was mostly successful.

Eating and exercise were largely about control for me. I didn’t keep sweets readily available at the boarding house where I lived, but from time to time, they would just fall in my lap. Leftover cookies from a party, cakes donated to the boarding house, care packages from my mother. When that happened, I would lose control completely. I would eat whatever sweets I could find, as fast as I could, until I absolutely hated myself. Then I would run. Whenever I lost control, I fought desperately to get it back. I would threw out whatever food was left over from my binge, and then I would run. I would run for hours, logging miles in the morning and again in the afternoon. If I was still hating myself, I would add in additional workouts at the campus gym in the evenings, or in my room while everyone else around me slept. I guess I just thought that if I kept running, I would eventually figure out how to love myself again.

At my lowest point, I weighed 110 pounds, but at 5’5”, I was just barely considered ‘underweight’ according to the BMI categories that we’d learned in high school. I was thin, but not sickly so. That just made it easier for me to hide my condition from the world. It made it easier to hide it from myself, even though I did fail in the end. While I might have looked healthy, I knew that running for hours after binge-eating was not healthy.

I was probably at my worst during that first year of grad school, but I hit rock bottom nearly a year later, while I was in the convent. The confines of my formation program made it difficult to hide my secret. We were constantly being given cakes and cookies, and in an effort to hide the truth, I ate them when they were given to me, though I never took them myself. Since the nuns all thought that I was too thin, they were constantly giving me extra helpings. I felt like I had no control, a feeling that was made even worse by the fact that my opportunities to exercise were limited. I gained back all the weight I had lost while in grad school, and by the time I left the convent, I felt like I’d lost all control and had absolutely no idea how to get it back.

In the months and years that followed, my life passed in a whirlwind of change. I got a full-time job while I saved to go back to school. I moved back in with my parents for a year. I started dating again just four months after leaving the convent, and I spent the remainder of that year in a long-distance relationship with my now-husband. In January, I told my boss that I would be leaving at the end of the school year to finish my Masters degree in DC. I moved to Maryland, started working part-time as a DRE, and got engaged all in the month of July. My second year of graduate school was filled with long hours working, studying, and planning a spring wedding immediately following my graduation. I got married, and two weeks later, we found out that I was pregnant with our first child. For the first time in my life, my decisions were immediately affecting not just me, but my unborn child. John completely changed the way that I looked at myself, food, and exercise, and in the best way possible.

Looking back at my journey, I can’t pinpoint a moment when things started to get better. I know when I hit rock bottom, but it was more of a plateau than an immediate upward trajectory. Things just didn’t get any worse for a while, and then they started to get better. I do think it started with Andrew though. It started with his love. He was constantly telling me how beautiful I was, and when I looked in his eyes, I knew that he was telling the truth. He thought that I was beautiful and worth loving, even though I hated myself. In the end, I think that his love was strong enough to overcome my own self-loathing. I couldn’t love myself, but that didn’t stop him from loving me. And feeling that love, I wanted to feel worthy of it. I wanted to feel like I deserved it. I wanted to feel beautiful; I wanted to be the woman that he believed me to be. And so very gradually, my life began to change.

I think those changes were cemented with the conceptions of our two children. Their presences within me were further confirmation that I was on the right path, that I was doing what was right for my children, my family, and myself. Each pregnancy reminded me of the importance of healthy eating and exercise habits. Now I can really appreciate what my body has done, what God has made it capable of doing, what I have permitted to happen by cooperating with God. By choosing to care for my body, I am showing it the respect that it deserves, as well as showing God that I am grateful for the gift that it is. My husband and children have completely revolutionized the way I look at my body and how I treat it. 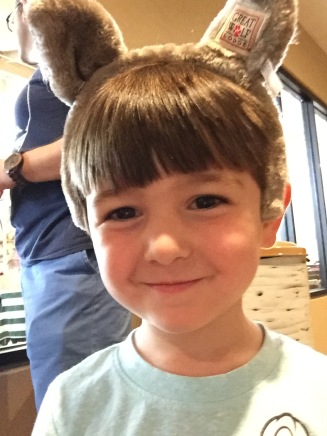 I’m not going to lie, I still have moments of temptation, but they are few and far between now. I have grown in self-control and temperance, and these virtues have changed my way of viewing food and exercise. I can enjoy food without feeling like it controls me, and I can treat exercise as something enjoyable, rather than a punishment for losing control. I am not always happy with my body, but I can always appreciate its value and capabilities. It is a gift to be cherished, and not something needing to be controlled and punished. Looking back, I just wish that I had admitted that I needed help earlier. Andrew and my children have loved me in my brokenness and have helped me on my path to healing, but I wish I had started that journey sooner. Now, I just hope that if any of this has resonated with you, you won’t wait as long as I did to seek help. You deserve better, you are worth more, and the ones who love you will love you through your journey to healing, even in all your brokenness.