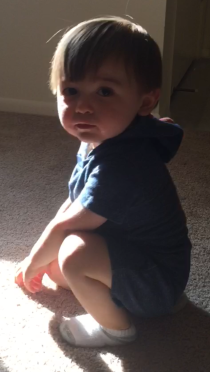 This past week, I had the opportunity to spend a day at a retreat center in northern Maryland, where I was able to do a little resting and recharging, as well as a lot of reflecting (and about an hour of role-playing, which was just a tad exhausting).  I was attending our archdiocese’s new youth minister orientation, and our schedule included time with a panel of veteran youth ministers and pastors.  One of those veterans was a woman who had begun her ministry as a single person (dating at the time), had gotten engaged within a year, got married the following year, and then proceeded to have four children in about six years.  After speaking briefly about some of the challenges of ministry as a wife and mother, and with the conclusion of the panel session, we took a five-minute break, and immediately, every married woman with a child (or four) flocked over to her, myself included.

To say that her story, particularly the first part, resonated with me would be an understatement.  I was hired as a single person, but became engaged just a week after beginning my employment.  I was married ten months later, just as my first year of ministry was coming to an end, and I was asking about maternity leave before the new school year had even begun.  As she spoke, I could have easily mistaken her story for my own. 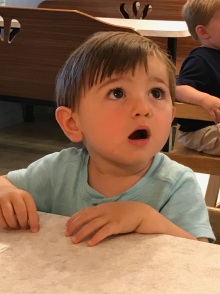 Being in ministry as a wife and mother of young children is not easy.  Just a consideration of numbers can make that apparent.  Our group at orientation was certainly varied, but I can count on one hand the number of youth ministers with circumstances similar to mine.  The group was possibly a bit more female-leaning, but not by much, and the vast majority of people fell into one of two categories: single or married with grown children.  Women like myself, youth ministers who are also wives and mothers to young children, were clearly the minority, and I am regularly reminded of why that would be.

I like to plan months in advance.  By the time September rolls around, my entire schedule from September to June is completely settled, and only a handful of events will be added once the school year begins.  Partially, this is because I like to be organized.  I can’t even tell you how many times my colleagues and I would have double-booked ourselves had it not been for my handy schedule.  But it’s also because if I wasn’t scheduling my hours months in advance, I would probably never see my husband and son. 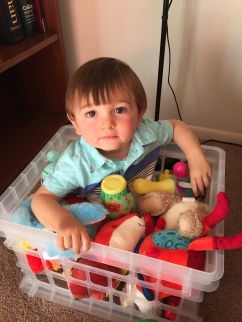 On a yearly basis, I turn down more work opportunities than I would care to admit.  I have missed conferences, pick-up games of flag football, concerts, and countless other activities because they interfered with my family time.  Of course, none of these activities fall under my job description per se, and my pastor does not mind that I choose my family over a last-minute social outing or a youth concert.  I am not obligated to attend any of these events, and I know that if I start choosing youth events over family time, it might be difficult to stop.

Many of my colleagues would not hesitate to agree to an impromptu activity, if only because there’s no reason that they shouldn’t participate.  I have two huge reasons, and their names are Andrew and John.  We don’t get to spend much time together as a family, so those opportunities that we do have together are sacred.  Do I sometimes feel bad for missing chances to minister to my teens?  Sure.  But does that change the way that I do ministry?  Absolutely not.  Ultimately, I am a wife and mother first, and a youth minister second, and my duty is first and foremost to my family. 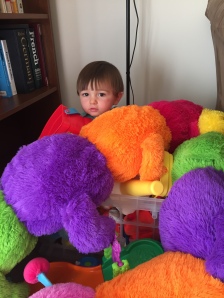 This was the sentiment that our veteran youth minister was trying to convey, especially to those of us in ministry who are also wives and mothers (this goes for youth ministers who are husbands and fathers too, but often looks different since more often than not, their wives are at home with their children).  As this particular wife/mother/youth minister told us, her boss/pastor was very clear when she first began negotiations about her postpartum hours: she was a wife first, mother second, youth minister third, or wherever she felt her ministry needed to fall at any particular moment in her life (for instance, when she began to home-school her children, educator sneaked its way into third place, bumping youth minister to fourth).  Did it make her a worse youth minister?  I don’t think her teens would claim that, even if she might have felt like it from time to time.  It just made her unique, as our individual circumstances make us all unique.

There is no cookie-cutter model for a youth minister, and it’s really in everyone’s best interest that we not attempt to fit some preconceived mold.  This became especially clear to me after a conversation I had with one of my teen’s parents.  She was graduating, and her mother was talking to her about her experience in youth group and her future.  Would she consider doing what Ms. Shannon does?  The young woman’s response?  Of course she would, because then she would get to love her own husband and children, as well as all the teens that she gets to work with on a regular basis.  This young woman couldn’t have said it better.  I am lucky- I love my husband, I love my son, I love my teens, and I love my job.  I am blessed to be able to share so much love!