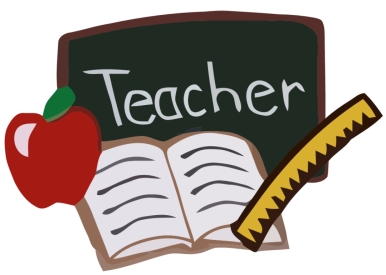 When I went into teaching, everyone warned me of the challenges of the first year.  It’ll feel like you’re drowning, they told me.  You just have to stick with it, they told me.  When you come back for your second year, you’ll finally feel like you can survive.  I was warned of all these things before I began teaching, but even that could not quite prepare me for my first year as a teacher.

I spent an absurd amount of time lesson planning during that first year.  I was only working part-time at that point, but I was writing one Confirmation class lesson plan a week, a weekly prayer service for our Religious Ed program, and monthly formation sessions for our catechists.  I attempted to do this between answering countless work emails, reading hundreds of pages for the five Master’s degree courses that I was taking, and writing multiple papers for the same courses.  It should come as no surprise that I often found myself working into the wee hours of Saturday night as I prepped for my Sunday classes (or on occasion through Sunday afternoon, for the Confirmation classes).

During your first year of teaching, everything is new.  You will probably find yourself working with a textbook series that you’ve never used before.  It takes time to work through all the reading, and then to add supplemental materials to your lesson.  The process is time-consuming, and if it’s a topic that you are not particularly familiar with, it can be especially daunting.  The first time that I taught the fruits of the Holy Spirit to my Confirmation class, I spent what might be considered an inordinate amount of time memorizing the sections in the chapter that listed and described them.  I had memorized the fruits of the Holy Spirit during my own Confirmation preparation, but that was the last time that I had really given them any thought.  I worked hard to prepare for that lesson, and I probably spent just as much time afterwards making notes for the next time I taught it.

My first year of teaching was exhausting, and yes, there were definitely moments where I felt like I was drowning.  On occasion, I found myself printing lesson plans with just minutes to spare before I needed to teach.  There were plenty of late nights and early mornings as I worked to finish everything.  I distinctly remember Christmas that year.  I found myself studying for my Scripture course at three AM because I had only gotten home from work a little before ten and I had spent the rest of the weekend wrapping Christmas gifts for my teachers, planning games for my students, and preparing a Christmas prayer service for Religious Ed program.  During days like that, I definitely understood what teachers had told me about the sensation of drowning.  I worked hard to keep my head above water that year, but as returning teachers often find, I was rewarded for my hard work the following year. 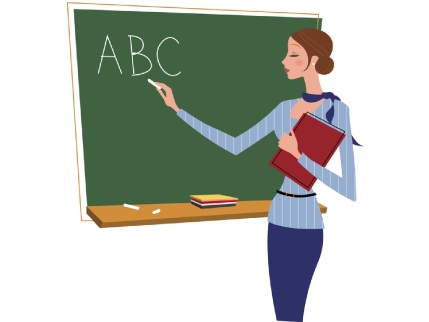 My second year of teaching saw with it many changes, some of which were unique to my specific situation.  I transitioned to a full-time employee that summer, which meant more hours, more money, and needless to say- more lesson plans.  In addition to my Religious Ed prayer services, Confirmation classes, and catechist formations, I also added to my schedule weekly Youth Group meetings.  I was excited to be starting up a Youth Group at the parish, though I have to admit that the only reason that the task didn’t seem entirely too daunting was the fact that I was not a first-time teacher.

After a year of practice in lesson planning, I had developed a process that was efficient and highly effective.  I employed the same strategies while lesson planning for my Youth Group, and I took advantage of the copious notes I had taken while teaching my Confirmation class the first time.  I felt no need to reinvent the wheel.  If it had worked the first year, there was no reason to start from scratch.  If it hadn’t worked, I made the necessary changes, seeking out alternative methods for teaching the material.  I knew where I had run out of time; I knew where I had ended with too much time left.  Using my lesson plans from the previous year and the notes that accompanied them as a foundation, I successfully survived my second year of teaching.

If my first year had been primarily about trying not to drown, I spent my second year treading water.  Like so many teachers, I found my second year significantly easier than my first, but it also posed its own challenges.  Though my lessons were already written, I quickly learned that what worked my first year didn’t necessarily work the second.  Though I was teaching the same material, I was not teaching the same class, and it wasn’t long before I learned that knowing the material is just as important as knowing the class.  As I got to know my students better, I was able to tailor the lessons more appropriately.  It still took work and time, but not nearly as much work and time as the initial lesson planning did.  The biggest challenge was distinguishing between the core that needed to go unchanged and the details that could not tweaked to suit the needs of my students.

If the second year of teaching was easier than the first, the third exceeded both prior years.  By my third year, with my third class, I really felt like I knew my stuff.  I also felt like I really knew my students.  It was a new group of kids, some of whom I had never met before, but with two years of teaching under my belt, I was able to quickly figure out what worked.  I had two years of experience, two years of trial, error, and success, to work with.  I drew from my experiences with both classes, drawing techniques from both my first year and my second, and occasionally throwing in something new.  By the end of our first class period, I was able to identify how they were similar to each of my prior classes, as well as how they were different.  I used that knowledge throughout the year to tailor my lesson plans to their strengths and weaknesses.  I used the same foundation that I had created two years earlier, took into consideration the changes I had made with each class, and produced a third version of my lesson plan, both like and unlike those of the past.

With every year of teaching that passes, I become more and more comfortable with my role.  Like so many other teachers, I spent my first year just trying not to drown.  By my second year, I was treading water steadily, with the strength of a year’s experience behind me.  With the beginning of my third year, I had a confidence and comfort that I had not possessed in previous years.  I really felt as though I was flourishing during my third year, and now, with three years of teaching under my belt, I eagerly anticipate the start my fourth year…and of course the summer vacation that will precede it.