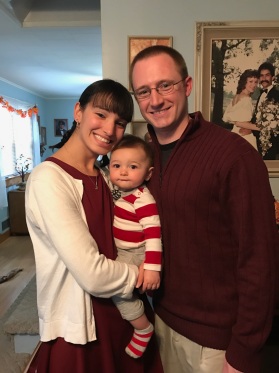 Every year, come Black Friday, I retire my country radio stations and playlists in favor of Christmas music 24/7.  For two and a half months, all I listen to is Christmas music.  All I watch are Christmas movies.  For two and a half months, my apartment is transformed into a world of red, green, silver, and gold, and snowmen and Santa Clauses can be found tucked into every corner.  And then of course there’s our Christmas tree, the focal point of our entire living area, lit dutifully by me every single evening.

The Christmas and Advent seasons are filled with traditions- Christmas caroling, decorating the tree, baking and eating copious amounts of cookies.  There’s our annual Secret Santa draw, as well as our yearly Christmas Eve viewing of “National Lampoon’s Christmas Vacation.”  And then there’s 97.1’s WASH Cares for Kids Radiothon for Children’s National Hospital.

I’ve listened to parts of the December radiothon, which lasts for 36 hours, for the past two years.  97.1WASH-FM is the official Christmas music station for the greater DC area, so when the annual radiothon arrives, it never occurs to me to change the station.  Interspersed with their regular Christmas songs and hymns, you hear regular updates about the money being raised, as well as testimonies from families who have been served by the Children’s National Health System.

You hear some of the same stories every year.  The little girl who had her leg amputated at the age of two.  Another girl diagnosed with leukemia.  A little boy with a mass in his brain. I’ve always listened to the stories, but only because I know that they all have happy endings.  It’s easy to listen when you know that the testimonies end well.  I’m sure that Children’s National Hospital sees children die from cancer every year, but if these stories are told during the radiothon, they are in the minority.  In the hours that I listened this year and last, I never heard one. 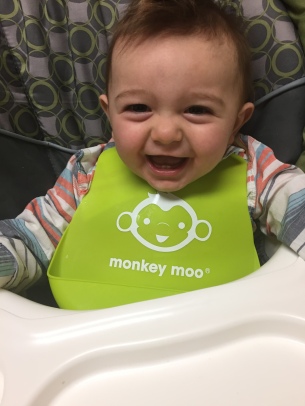 To be honest though, I only listened to two testimonies this year before deciding to skip them.  I was driving when I heard the first.  It was the story of a girl with cancer in her leg.  After several weeks of chemo, she had to have it amputated.  It was a story that I had heard the year previous, and yet, as I listened to the girl’s mother recount the challenge that it had been to tell her daughter that she was going to lose her leg, I found myself fighting not to cry.  Fifteen minutes later, as I listened to a mother talk about her son, I once again found myself fighting back tears.  Wanting to make it to work without incident, I decided to change the station for a while, at least until the story was over.

Every child was John in my mind.  Every mother was me.  It was so easy to place myself in the stories.  How would I respond to such news?  How would I tell my little boy that he would never walk with his own legs again?  How could I face the possibility that he might not live to see the age of three, four, five?  How could I possibly face a life without my baby?

My life has changed drastically in the past year, and nothing has reminded me of that so powerfully in the past months than that car ride, as well as a few moments like it.  Whereas once I could watch movies and hear stories about childhood cancer, accidents, and illnesses, some of which have lead to death, now these same stories bring tears to my eyes and pain to my heart.  Because now I have a child of my own.  Now I am a mother myself.  Now these tales really are the stuff of nightmares, every mother’s nightmare come to life.  And as so many of these mothers have said, you assume it won’t happen to you until it does.

Now, don’t get me wrong.  I do not have nightmares that my son will meet some tragic end.  I do not spend hours agonizing other the thousands of deaths that one might die.  But these stories have a power that they did not have before- because for the first time, I have a child that I cannot imagine life without. My life is filled with this little person who is so perfect and innocent, who is so sweet and loving.  Now I have this little boy who has made me strong in ways that I couldn’t imagine before.