I remember the exact moment that Andrew learned that he was a father.  We had been married for just two weeks, and had only been living together in Maryland for one.  We had barely finished unpacking my belongings, and we were still very much in the “honeymoon phase” of our nuptials.  Andrew had been working all morning in DC; I had been working from home.  I had taken a pregnancy test just that morning; I bore in my heart the most precious secret, and in my womb, the greatest gift.  We had plans to spend the evening with our best friends, and I had texted Andrew to let him know that I was going to drive into DC before rush hour.  I told him that a final wedding gift had arrived that morning, and that I was bringing it with me.  He met me by the outdoor Marian Shrine, and I told him to close his eyes.  I placed a stuffed dinosaur in his hands; around its neck was a tag that read, “Congrats Daddy.”  I will remember the look on his face forever when he read it.  To this day, that dinosaur sits on Andrew’s bedside table.

I remember when Andrew learned that our child was a baby boy.  We had waited twenty weeks to find out.  Considering the abundance of women in our families, we thought that our child might be a girl, though in the weeks leading up to the gender revealing sonogram, I had been having dreams about a little boy.  But as we watched the screen during the ultrasound, we knew that Andrew was the father of a baby boy, a little man who one day would want to be just like his daddy.

I remember when Andrew first met John, when he held his son for the first time.  I remember those first weeks, when John would cry and cry until Andrew took him into his arms.  Surrounded by the strength of his father, John could be soothed and finally rocked to sleep.  Even when every other soothing technique failed, Andrew was able to wrap John in his arms and calm him down.

During the past eight months, I have watched Andrew come into his role as a father.  John’s simple existence made me a mother and Andrew a father, but it has been his presence in our lives that has really transformed us.  On a day-to-day basis, we become more comfortable in our roles as mother and father as we take care of John.  There is no doubt in my mind that John is impacting our growth just as much as we are impacting his.  There is also no doubt that Andrew and I provide John with different experiences because of our masculinity and femininity.

John’s schedule doesn’t change much from day to day, regardless of who is taking care of him.  On a daily basis, John drinks his bottles, takes his naps, and plays with his toys.  He eats his meals and gets his diapers changed.  He smiles and laughs, whines and cries.  It’s in the nuances of his day-to-day life where the differences between mother and father become apparent.  When I am at home with him, John and I sit and read books, we walk to the park to use the playground, and we spend a ridiculous amount of time stacking and re-stacking blocks on the floor.  We will sit and play quietly, rolling a ball back and forth, or else filling a container with toys and then emptying it again.  John will sit contently in my lap, or will snuggle up in my arms, or will cling to my shirt as I carry him from room to room in my arms.

Days with Daddy, on the other hand, are a bit different.  Andrew will also spend plenty of time stacking blocks, and rolling balls, and filling and emptying containers with toys, but the highlights of days with Daddy are not snuggles on the couch or reading time.  Instead, Daddy teaches John how to fly, how to sky-dive, how to hang upside down like a little monkey.  Andrew can elicit from John squeals of delight, screams of joy, open-mouthed, silent laughter as he sores through the air, touches the ceiling, plummets to the ground (or just above it), and tumbles head-over-heels in the safety of Daddy’s arms.

I can make John smile in a second, but only Andrew can make him laugh so easily.  I might teach John to love books and hugs, but Andrew is introducing John to a world of thrills and adventure.  Daddy will encourage John to run, to jump, to climb trees, to hang upside down from playground bars.  Daddy will teach John to take chances, to risk scraping a knee or bruising an elbow in the name of adventure.  Daddy will teach John to do all those things, and I will teach him that Mommy will always be ready when he falls, will always be ready with a band-aid and a hug when he needs it. Because that’s what Moms and Dads do.

My position in the parish puts me in a very unique position where both the children and their parents trust me.  I have had children lament their broken families, and I have had parents describe the difficulties of single parenthood, of the need to be something that they are not.  My students talk about the love that they have for their mothers and fathers, for their stepparents, for the grandparents that loved them when their own parents could not.  The parents in my program tell me about the joys and struggles of raising children, especially little boys. 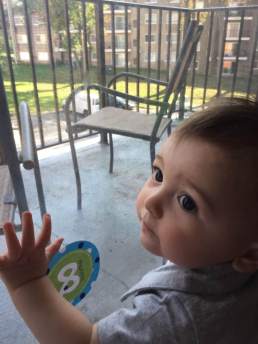 Most notably, I have had young women describe the emptiness that comes with not having a father, the desire to find some substitute, and the conflicting feelings of love for their mother and a sense that their mother just isn’t enough.  Their mothers are everything to them, and yet they still feel as if something vital is missing in their lives.  I have also had single mothers, whose circumstances involve everything from death to divorce to abandonment, who confess that as much as they try to be a “father” to their little boys, they still feel as though they will never be a proper substitute.  And the reason is simple, but it is one that our modern culture would attempt to ignore.  No mother can be a man.  No father can be a woman.  A mother can encourage her son to become a man, but she will never be a man herself; she will never be a father.  A father can encourage his daughter to embrace her femininity, but he will never be a woman; he will never be a mother.

Children deserve a mother and a father, even if they cannot have both.  We do not live in a world where everyone gets what they need, but that doesn’t mean that we shouldn’t do what we can to give our children the best chance.  That’s why there are mothers who do their best to be what they are not, to encourage in their young sons things that they have never experienced themselves.  Children do need love, and children do thrive when they are given love in less than ideal circumstances, but love does not make the situation suddenly ideal.  Love does not make this fallen world perfect.