I wouldn’t consider myself overly tech-savvy, and I certainly am not the type of person who depends on her phone for everything.  I can go several hours without responding to texts, and I don’t need to check my Facebook or Twitter accounts every time there’s a lull in the conversation.  I can go weeks without checking my Pinterest account, and when my email can’t update on my phone, it’s (normally) not the end of the world.  Unless there’s an anxious parent trying to reach me for work, in which case, it very well might be.  I spend a lot of time in the company of pre-teens who are attached to their phones and don’t know how to have a conversation without checking their cell phones periodically.  I’m pretty sure I would be able to get my point across easier if I just texted them the information.  I guess in my world of tech-savvy teens, I’ve desensitized myself to what it really means to be dependent on technology.

It all started on my way home from the skating rink.  I had just finished a two-hour session, and I was excited to get into my nice, warm car.  I had skated at a nearby, semi-enclosed ice rink for the first time, and I was eager to get home and get warm.  I was slightly chilled, and as I climbed into my car and blasted the heat, I pulled out my phone to type the coordinates in my GPS.  I was shocked when all that was visible was a blank screen.  My phone was still on, which became clear the first time that someone texted me, but the screen had died.  I found that I could use Siri, but as soon as I needed to press a button on the screen, I was out of luck.  Initially ticked by the dead screen, it took me a few moments of playing with it before I realized what this meant.  I had no idea how to get home.

The rink was about ten minutes from my house, and it was located on a street that I had never driven down before.  I prayed fervently before leaving the parking lot, asking God to help me to make the right turns.  I knew that as soon as I made a wrong turn, especially in this community with all of its one way streets, I would be doomed.

I was anxious the entire ride home, until I finally pulled onto a street that I recognized.  I made it home, and proceeded to spend the next few hours searching the web for any references to dead iPhone screens.  I tried all of their suggestions, but became increasingly discouraged as they failed one by one.  Eventually, I accepted the inevitable- it was time to get a new phone.

As I researched, I was also patiently waiting for Andrew to pick me up.  I had been able to leave him a message (one of the few things that my phone was still able to do, though I couldn’t hang up on my own), but I had no way of knowing when he was going to arrive.  We had made plans to get together the night before, but these of course would be abandoned so that he could take me to the mall to replace my phone.  I’m not very familiar with the area, and I knew that I wouldn’t be able to get around without my cell phone.  Instead, Andrew picked me up, and we headed off to the Best Buy Mobile using his GPS. 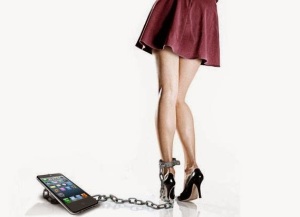 Three hours later, I received more bad news.  My phone could be replaced for free, but it would take several days before I’d receive it.  Immediately, my mind was swimming with the implications.  I would need an alarm clock.  I had no GPS, and no way of going anywhere new.  I couldn’t listen to music or read using my Nook app.  I could only listen to the radio on my way to and from work/school because I had no access to either my music or my audiobooks.  They were all minor things, but they added up quickly.  Besides these little details, there were the larger concerns: no texting, phone calls, or emails on my phone.  My mother could no longer reach me like she normally did, and my friends could no longer make plans for meeting up with me.  Nearly every day between Saturday (when my phone died) and Wednesday (when I received my new phone in the mail), I was faced with some challenge that would have been nothing if I’d had my phone, but instead was monumental.

On Sunday, I spent the entire day in my office with limited internet access and no way of reaching anyone.  While it was frustrating not to be able to return texts, it was also peaceful to be cut off from the world.  As I was driving home from work that night along dark, winding country roads, I began to wonder what would happen if I hit a deer or got in an accident.  I was in the middle of the woods with no way of reaching anyone.  The closest person might have been over a mile away.  As I slowly navigated the roads, the beginning of nearly every Criminal Minds episode flashed in my mind, and the ending was always the same: my dead body being discovered by some poor motorist the following morning.  Needless to say, I have a very overactive imagination, and I made it home just fine.  By Tuesday, the excitement of technological isolation had worn off.  I was supposed to meet a friend for lunch, and finding that I was going to be a few minutes late  because of Mass letting out later than usual, I normally would have texted her to let her know that I was on my way.  Instead, I just had to hope that she would still be there, though as I made my way over to the cafeteria, I realized that I wasn’t sure where “there” was.  We’d never agreed on a specific place to meet.  Fortunately, we were able to find each other, and we had lunch together as planned.  Wednesday was even more unnerving, as I once again found myself praying that I would make it to my destination without missing a turn.  I was traveling on roads that I had used a handful of times before, but I had never made any effort to actually remember the way.  I was shocked, and quite pleased with myself, when I arrived at Andrew’s apartment at the usual time.  Despite my epic success, I was quite relieved when I arrived home that night to find a nice little package waiting by my door.  I had never been so happy to see a cell phone.

Now that I’ve had some time with my phone, I’ve reverted to most of my old ways.  I’ve gone back to using my iPhone as an iPod, GPS, and book.  I periodically check my Facebook and/or Pinterest when I have a free moment.  Whenever I hear my phone buzz, I experience that subconscious need to reach for it (I still experienced that even when my phone was broken though- I guess that’s a harder habit to break).  When someone asks me something that I can’t answer, instead of googling it on a nearby computer, or (Dare I say it?) looking it up in an encyclopedia, I just look it up on my phone.  Instant information.  Instant directions.  Instant music.  Instant messaging.  Everything you need in an instant.  Everything you “need,” and yet nothing at all. 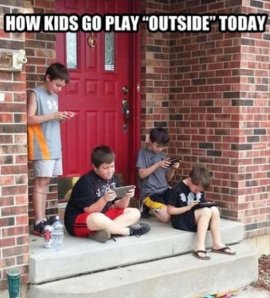 Don’t feel connected to people?  Stop texting them and actually get together.  Feel like the pressure is really setting in?  Turn off your iPod and just be silent for a moment.  Stressed about everything going on in life?  Put down the phone.  Fall off the tech grid for a while.  When you come back on the map, not only will you really appreciate the benefits of technology, but you’ll also appreciate the little victories, the silence, and the freedom that comes from being cell phone-free.  You won’t regret the break, I promise.  It just might be in your best interest to plan it ahead of time.  Your boss might not appreciate it if you just disappear for a few days.  Or your parents.  Or your significant other.  But a planned break from the technological world might be exactly what you need.  It was exactly what I needed.