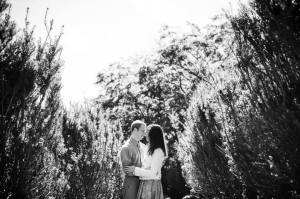 This past week I was struck by the fact that there’s only eight more months until I’m married.  In some ways, it still feels so far away, and in others, it feels like it’s so close.  Naturally, Andrew and I are anxious to begin our life together, so our wedding still feels like it’s a long way away, but when I look at our checklist of things to do before the big day, I occasionally wonder how I’m going to get it all done.  That being said, the feeling that it’s just too long to have to wait always wins out in the end.  No matter how much we have to do, I would never wish that we had more time.  Eight more months is all the time that I need.  I wouldn’t want to wait any longer to marry the love of my life, the man of my dreams.  I’ve waited long enough, thank you very much.

My discernment journey has by no means been an easy one, and I cannot begin to describe how wonderful it is to finally know the kind of life that I’ve been called to.  After years of doubts and questions, of trials and tribulations, I finally know what my vocation is.  It’s been a confusing journey, but I can finally see the light at the end of the tunnel.  And there’s a person waiting for me there- his name is Andrew, and he’s going to become my husband in just eight months. 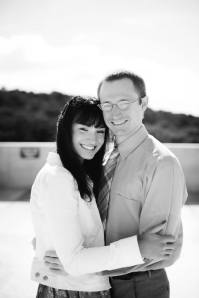 I guess you can say that my vocational journey began in high school, although it was born on very rocky ground.  I had spent my childhood dreaming of my wedding- of white gowns, bright flowers, and a handsome man waiting on the altar for me.  These dreams were only intensified as my friends and I spent hours envisioning what our big day would be like, what our gowns would look like, and most importantly, who the lucky man would be.  Quite often we would gather together in my basement bedroom, all of us crammed onto my twin-sized bed while we swapped dreams in vivid detail.  I was enamored by marriage, and I was confident that this was to be my future- as soon as I found this mysterious man. 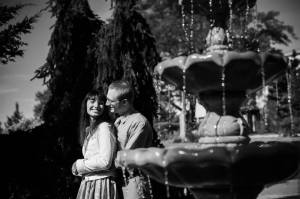 At first I gave her real answers.  I told her that I felt that I was called to marriage (at a Catholic school like mine, you learned the lingo fast).  I told her that God was calling me to other things.  I told her that if it was God’s will, maybe someday.  At first, I humored her, but with time I became less enthusiastic.  Though I still answered her, my response was only half-hearted, and the same every morning: “I don’t know, sister.”  I was quickly growing tired of our exchange, and I was beginning to feel pressured.  To be honest, the daily ritual became so frustrating that I began avoiding the locker room entrance all together, choosing to climb a set of stairs, only to descend again to enter the locker room.  But the extra travel was preferable to another encounter with the relentless nun.

But in her defense, she wasn’t alone.  On an almost daily basis, I had people telling me that I should become a nun.  Despite feeling no interior inclination to this state of life, it seemed as though everyone else knew something that I didn’t.  They all seemed to know what God wanted for me, even though I was fairly certain that they were wrong.  What was most shocking- and discouraging- was the fact that many of these people were actually married themselves, and yet, when I told them that I felt called to marriage, their replies all seemed to imply that this was somehow beneath me.  As if marriage wasn’t good enough for me.  As if I was too good to get married. 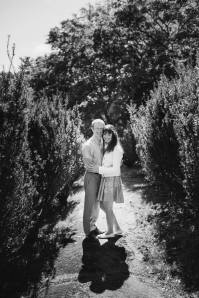 Many of these people had fallen victim to an improper notion of man’s two potential states of life.  You don’t get married just because you’re not cut for the religious life.  You don’t settle for a husband and children because you’re not holy enough to be a nun.  Yes, nuns should be holy.  But wives and mothers should be holy too.  Marriage is not a second-rate vocation.  We are all called to holiness, whether we are nuns, priests, husbands, or wives.  No one is excluded from the call to become a saint.

My vocational journey was not an easy one, and it was fraught with many obstacles.  It took me years to overcome my distaste for the religious life- the result of my first experiences of feeling pressured.  Then it took me eight months to realize that the religious life wasn’t my vocation after all.  And now, over two years later, I am engaged, and in eight months, I will marry the love of my life.  I have finally found the man of my dreams.  He finally has a face.  He finally has a name.  I know who I will find waiting for me on the altar, and I’ve realized that in the end, I’ll be the lucky one.