After years of refusing to admit that I am in fact getting older, I’ve finally been slapped in the face with the truth.  I have found it relatively easy to ignore this reality until now.  I continue to be mistaken for a teenager.  I still shop in the Juniors department at Kohls.  I can easily carry on a conversation with my younger cousins about the latest fad.  I have the same innate sense of technology that my students have, even if I don’t have all the possessions that go along with that knowledge.  I am undeniably young- if I really was as old as I felt this afternoon, I wouldn’t have the same rapport that I do with my students, and my coworkers would be at a loss when dealing with misbehaving DVD players and WiFi connections.  My youth is part of the reason that I was even hired for my current position.  Normally, there is a miniscule gap between myself and my students.  Parents respect me as an authority figure, as do the children, but I am not “like their parents.”  When the children separate the adults from themselves, I am placed in a floating limbo of being not quite child and not quite adult.  I am not like their parents; I am more like their older sister, but nicer.  I am older than them, sure, but not “old.”

My students might not consider me old, but they sure made me feel that way today.  I’m sure it was worse than the discovery of that first wrinkle, that first grey hair.  These are just indicators of things to come in the future, when wrinkles will multiply and grey will dominate.  These changes do not happen overnight; they are evidence of a slow and steady aging process.  Today was nothing like that.  Today was a slap in the face, an indisputable sign that I am indeed getting old.

For those who don’t know, schools in Ridgewood finished for the year on Tuesday.  School is out for summer, right?  Not really.  My students had their first taste of summer on Wednesday, and now they’re right back in the classroom.  Talk about a slap in the face.  Ready for summer?  Ready to go to the beach?  To have play dates and swim parties?  Well, even though it’s officially summer, don’t breathe that fresh air too deeply because it won’t last.  Or, if you’d rather, take a nice deep breath before we banish you to the classroom again. 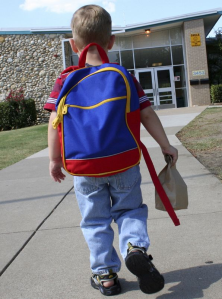 Of course I already knew all of this.  I helped to plan the summer program after all.  I knew that it started just one day after school finished for the year.  I knew that my students wouldn’t really get a summer vacation before they began the summer program.  In some ways, the timing is ideal.  The children are still in “school mode.”  They still remember how to behave in the classroom, how to pay attention, and how to raise their hands to answer questions.  Summer isn’t really in full swing yet, or at least that’s how I saw it.

Apparently I was wrong though.  Apparently this is how summer works for kids nowadays.  Gone are the days when kids spent their afternoons playing in the pool and in backyards with the neighbors’ kids.  Gone are the days when kids could go an entire day without wearing anything but their bathing suits.  Those days are long gone.  My childhood memories of summer mean nothing to my students.  When I talk about what I used to do during the summer, they stare at me the way that children in movies stare at that proverbial grandparent who “walked five miles in the snow to get to school with no jacket or shoes to protect me from the elements.”  Normally when I use the phrase, “When I was your age…” I am merely stating a fact.  I am not your age anymore, but I was not that long ago.  Normally, they know what I’m talking about.  I get more than blank stares.  I get nods of understanding, statements of empathy.  “Yeah, I know how that feels…”

But in this case, they didn’t.  They had no idea what I was talking about.  They could not conceive of a time when summer seemed like endless days of friends, games, and swimming, when we never had to go anywhere specific, when there were no schedules, no deadlines, no expectations.  We were expected to be kids, to have fun.  We were expected to do our math worksheet and finish our summer reading, but it was done at our own leisure.  In elementary school, that meant when our parents told us.  In high school, that meant a week before school started.  But that was only because we took our summers very seriously.

When I was growing up, summer was about relaxing, breathing, taking a break from the regular life of a student.  Life was simple, but it was perfect.  When we went back to school in the fall, we did so rather reluctantly, but we were ready.  We had taken a nice, long break, but now it was time to start fresh.  Fall had the same sense of “newness” that spring did.  New classes.  New clothing.  New notebooks and backpacks.  There was a definite sense that something had come to an end- summer- and that something new was beginning.

Today, there is no end.  There is no real beginning (even if there are still new backpacks, notebooks, and clothing).  Or rather, there are many ends.  And many beginnings. 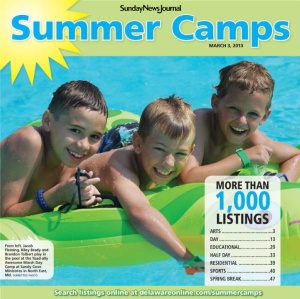 Today, summer is about camp.  It’s about how many your parents can send you to, and how expensive they are.  Today, there are more camps than I ever could have imagined: there’s band camp, basketball camp, math camp, science camp, Bible camp, cooking camp, etc.  The list goes on and on.  There seems to be a camp for just about everything.

I admit, there were camps when I was growing up.  I went to the Rec Center; my  siblings went to the Y.  Some of my friends went away to Girl Scout Camp and band camp.  But then they came home, and we were done for the summer.  We attended one camp, and then we returned to our regularly scheduled summer activities.  Or rather, un-scheduled activities.  Camp was part of our summer experience, but summer vacation was so much more than camp.  Today, summer is camp.  And not just one camp, but as many as you can fit into a two and a half month period.

If we went to camp, it was because we wanted a little change in our lives, or probably more accurately, our parents needed a quiet house for a week or two.  Sometimes, we went to camp to hone skills that we had been developing throughout the school year, like sports or instruments.  But we always came home in the end.  We liked camp, sure, but we liked being home more.  We liked the freedom that life at home offered.  We liked whiling away the hours lounging in the backyard or floating in the pool.  We liked the peace.  We liked the camaraderie.  We did not have to go anywhere to have fun; there was always an adventure to be found in the backyard.

When I walked into class this past week, I assumed that this was just a short hiccup before summer officially started, but apparently the summer CCD program is just one stop on the never-ending train ride of camps.  After CCD is over, some of my students will go to day camp, others will go away to baseball or basketball camp, and still others will go away to dance camp.  These will last for a few weeks, and then they’ll jump to the next camp, and so it will go until it’s time to return to school.  No breaks, no leisure, barely any family time.  Just one camp after another, until the kids can barely remember where they’ve been and have no idea where they are going.  It’s no wonder that these kids are so high-strung and cannot focus in the classroom- we’ve given them the most ADD experience of summer vacation ever.  I have one student who will have attended six camps by the end of the summer.  Six.  In only ten weeks.  Talk about over-stimulated.

I understand that we are living in a different world today.  In most neighborhoods, it’s not safe to play outside until the streetlights come on.  In most families, both parents work year-round, and there simply isn’t anyone available to stay at home with the children.  But there are plenty of parents who choose to send their children to camp, even though they plan to use that time to lounge by the pool themselves.  My mother was happy that she got to spend her summers at home with us.  It seems that there are many parents today who just can’t wait to get their children out of the house again.  I have students who will not spend a single weekday at home for the entire length of summer.  They started one camp the day after school let out for summer, and they will jump from camp to camp until the day before school begins.  Besides the much-needed breaks on weekends, these children will never spend a single summer day at home.  They will actually spend less time at home with their parents than they do during the school year.  How sad is that? 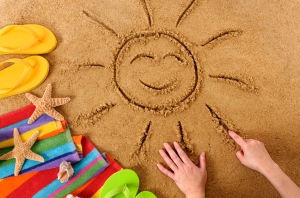 But that leads me to the ultimate question: are today’s children happy with this arrangement?  My students seem to look forward to coming to CCD every day.  They certainly don’t come dragging their feet.  And most of them seem excited about the different camps that they will attend over the summer.  At first glance, it doesn’t seem like these children are unhappy with their jam-packed summer schedules- until they hear stories about what my summers growing up were like…

The longing in their eyes is obvious.  Their envy is tangible.  In just a moment, they went from comparing summer camps to pleading for more stories from me of this far-away reality where summer vacations were spent at home with family and friends.  They begged to hear more about my years spent down the shore, in the backyard, in the pool.  They were especially enthralled by the fact that my parents were with me.  It was clear that despite the fact that they enjoyed their summer camp experiences, something was lacking.  As much as they loved their camps, they wanted their families more.  They liked the idea of having a “real vacation,” where they weren’t expected to do anything except be children.  Have fun.  Be creative.  Breathe.

Growing up, I liked camp, but I loved my time at home so much more.  When I tell stories about my childhood summers, I am not reminiscing about the year that my group won the kickball tournament, or about the yearly talent show.  I remember summers dedicated to visiting family, spending entire days on the beach, and racing bikes in the neighborhood.  These are the memories that I cherish most.  And these are the memories that my students long to create.  They like camp, but they want more than what is offered there.  They want to see their families.  They want to be kids.  They want to have fun.  They want to relax.  They want summer.  Why can’t they get what they want, just this once?