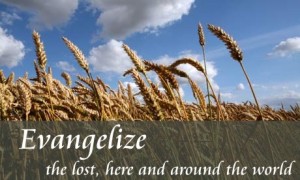 “Go therefore and make disciples of all nations, baptizing them in the name of the Father, the Son, and the Holy Spirit.”- Matthew 28:19

I’ve recently been working through Matthew Kelly’s book The Four Signs of a Dynamic Catholic, and I don’t think I have ever come across a book that expresses the current status of our Church and our society at large in such an intelligible, accessible manner, nor one that provides so many practical solutions that would encourage the deepening and spreading of the faith.  Kelly was inspired to write this book after an intensive study of the traits most commonly found among those whom he called dynamic Catholics: those who loved their faith, knew their faith, and spread their faith.  Tragically, he reported that approximately 7% of the Catholic population could accurately be considered “dynamic;” these were the members of the congregation who attended Mass not only on Sundays, but during the week as well, who not only participated in, but often led, the various groups within the parish.  These were the members of the congregation who tithed faithfully, who understood their faith and were not ashamed to speak about it when the opportunity arose.  That’s a shocking number, or at least it was for me.  Only 7% of the Catholic population qualified.  My first thought was, Am I a dynamic Catholic?  My second was, What would the world be like if every Catholic was a dynamic Catholic?  And now I invite you to ask yourself the same: Are you a dynamic Catholic?  In order to help you answer that question honestly, I’ll outline some of Kelly’s qualifications for the type of person whom he would identify as a dynamic Catholic.

Matthew Kelly identified four primary characteristics associated with “dynamic Catholics,” those who took an active role in their parishes.  This involvement could take many different forms, but there were four signs that were reported by active church-goers across the board: prayer, study, generosity, and evangelization.  For the sake of all those who have not read the book, I’ll quickly outline each sign, though my primary focus of this post will actually be on the last sign, evangelization.

As part of his study, Kelly interviewed Catholics and found that those who were most involved at their parishes rated themselves relatively high on these four characteristics, and significantly higher than those who did not take a strong interest in living out their faith or did not have a strong attachment to the Church.  Their scores were particularly high in the areas of prayer, study, and generosity.  Put simply, dynamic Catholics were more likely to place a high value on daily prayer, the regular reading of spiritual books, and tithing/volunteering.  Ironically, even the most “dynamic” of Catholics still felt as though they were severely lacking in the area of evangelization.  When asked if they evangelized often, their answer was a rather embarrassed, but resounding, no.  When they were asked why, their answers were all hauntingly similar- “That’s not what we do.  Protestants evangelize, not Catholics.”  Ironically, when they were asked for examples of examples of models for Catholics who both lived out and proclaimed the Gospel, those people being interviewed cited Blessed John Paul II, Mother Teresa, and others, but when they were asked for examples of evangelists, the most commonly mentioned names were those of Protestant televangelists.  Interestingly, names like John Paul II weren’t even suggested when Kelly asked for examples of modern evangelists.  I was struck by this finding, though not overly surprised.

Matthew Kelly went on to explain other noteworthy facts that I found particularly striking.  For instance, most people wouldn’t identify themselves as good at evangelizing, but would answer in the affirmative when asked if they ever lent out religious books, DVDs, and CDs, if they ever invited friends to attend parish activities, or if they ever offered to pray for someone who was struggling.  And yet when asked, they claimed not to be good evangelists.  Why?  Because they never actually talked about the faith.  Now I think there’s a lot to be said about that fact.  For one, this aspect of Kelly’s study suggests that most Catholics have a very vague idea of what evangelization means, and it’s often associated with soap boxes on street corners in New York City or phony-sounding televangelists preaching to megachurches and broadcast across the country.  Sadly, that’s a fundamentally flawed view of what evangelization is all about.  Yes, it’s about proclaiming the Good News, but it’s so much more than soap boxes, TV programs, or anything like that.  Evangelization is supposed to be a way of life because the Good News, the Gospel, is a way of life.  Evangelization isn’t ultimately about telling people about Jesus; it’s about introducing them to Him.  Evangelization isn’t about facts; it’s about a person, and our relationship with that Person.

So maybe Catholics are better at evangelization than we thought.  At least some of us are.  But that doesn’t necessarily mean that we are good at it.  We just might not be as bad as we originally supposed.  Yes, we share religious books, DVDs, and CDs.  We offer to pray for our neighbors, even if they’re not active church-goers.  We might invite our friends to church activities.  We might even be able to explain to somebody why we pray the way we do, or why we believe in Christ in the first place.  But if we’re going to be honest with ourselves, Catholics haven’t always been the best defenders of the faith, at least not recently, and definitely not in this country (As a side note for further reflection, Kelly made the rather bold claim in his book that Americans have never really had to evangelize, not like has been done in most other countries.  This was primarily because there was never much conversion of the natives, since the natives were only a small part of the country’s population.  Rather, America has always been a country of immigrants, and consequently, our ancestors brought their religion, which was generally Catholicism, with them.  There was never a huge emphasis or even a need for evangelization because the vast majority of people were already Catholic.  But the world has changed since the first immigrants arrived in this country, and thus there is a need for what has been called the ‘new evangelization’ of America.).  Though the dynamic Catholics that Kelly interviewed might have been more experienced in evangelization than they had originally thought, it remained their weakest characteristic.  Most Catholics do not know how to defend what they believe.  In fact, most Catholics probably don’t even know how to explain what they believe, or why they believe what they believe.  Why is this?

There are probably more reasons for this than there are dynamic Catholics in your parish, but I’d like to at least give voice to a few.  Religious education has been weak in the past few decades (if it existed at all), and as a result, most adults are ill-prepared to explain their faith.  In addition to this, many people are under the impression that evangelization is something that Protestants do, and hide behind the often-quoted, and always mis-quoted, declaration of St. Francis: “Preach the Gospel at all times; if necessary, use words.”  They cling to the idea that as long as they are living a moral life, they don’t need to speak about the faith.  But evangelization, like so many things in life, is not an either/or situation; it’s a both/and.  Evangelization isn’t either about the words or the actions; it’s about the words and the actions.  Jesus Christ has called us to preach the Kingdom of God, but spreading the Good News is just as much about what we do with our mouths as it is about what we do with the rest of our bodies.  Jesus Christ is the Word made flesh; He is the ultimate reminder that our bodies and what we do with them matter, but He is also the ultimate reminder that words are powerful, so powerful in fact that the Word gives life to us all.  Evangelization is the spreading of the Good News; it is an invitation to enter into a relationship with the God of the Universe, the Word made flesh.  And when the news is that good, how can we keep it to ourselves?  How can we not shout it from the rooftops?  Jesus Christ died, but then He rose.  He died, but He conquered death.  Death has died, and now we can live.  God spoke, and the world came to be.  God spoke, and the Word became flesh.  He spoke, and death could not withstand the power of His Word.  He spoke, and now we can speak too.  And now our words are no longer dead; God’s Word gives life.  We are alive, and we will live forever.  With God.  Let those words, and that Word, soak in.  Let Him fill you, surround you.  And then open your mouth and speak.